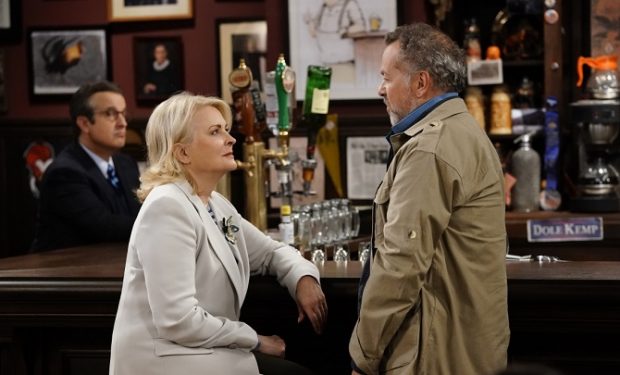 In the Murphy Brown episode “Three Shirts to the Wind”, Murphy (Candice Bergen) and the team weigh the pros and cons of accepting the offer to have the first interview with Ed Shannon, a fearmongering former White House senior advisor who wants to promote his divisive book. It would certainly boost the rating to Murphy’s new show, “Murphy in the Morning,” but can she live with herself if she helps him peddling more books? That’s Murphy’s difficult dilemma.

[Check out Costabile as Gale on Breaking Bad]