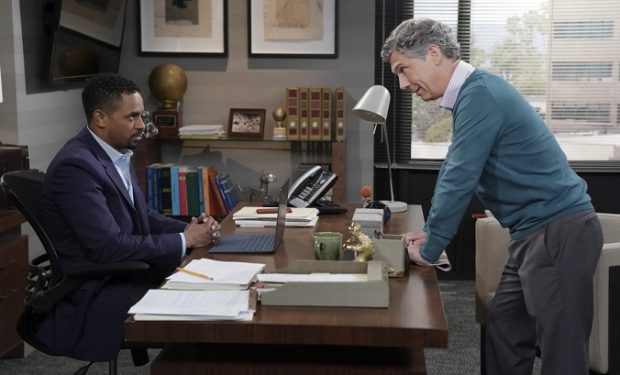 In the new CBS sitcom Happy Together, married couple Jake (Damon Wayans, Jr.) and his wife Claire (Amber Stevens West) are caught off guard when Jake’s client, pop star Cooper James (Felix Mallard) shows up at their home. He needs a place to hide from the paparazzi after his break-up. While staying at Jake and Claire’s, Cooper James also meets Claire’s parents, Bonnie (Stephnie Weir) and Gerald.

[Check out Parnell in the black-ish spin-off Grown-ish]