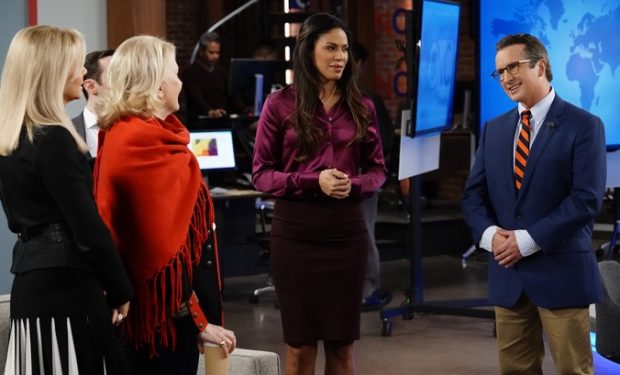 Network boss Diana Macomber is portrayed by Merle Dandridge. She’s known for her roles on Oprah’s drama series Greenleaf (Grace Greenleaf), The Night Shift (Gwen Gaskin), Sons of Anarchy (Rita Roosevelt), and All My Children (Lois), among others. Fun facts: Dandridge was born in Okinawa, Japan (her mother is of Korean and Japanese descent; her father is African-American), and she’s starred on Broadway as The Lady of the Lake in “Spamalot” (directed by Mike Nichols), among other productions. Murphy Brown airs Thursdays at 9:30 pm on CBS, right after Mom and right before S.W.A.T.

#fbf Exactly 2 years ago we premiered @greenleafown @tribeca and, as Oprah said it would, my life has completely changed. Big blessings, big lessons, an extraordinary journey. Season 3 premieres this summer. #Greenleaf