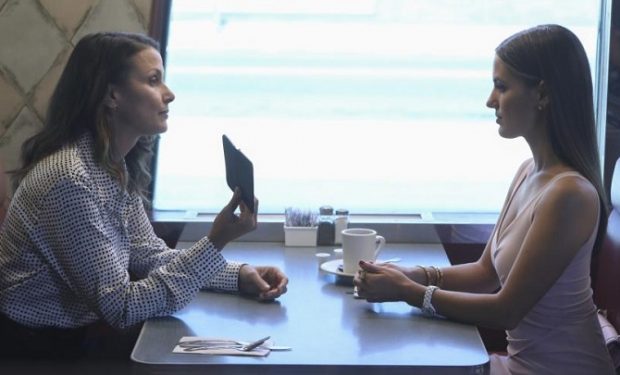 [Racano and Ferrara were on this Entourage episode together]

Maude aka Donna is portrayed by actress Breanne Racano Ferrara. She’s known for her role as Robin Abbott in the 2012 film Freaky Deaky based on Elmore Leonard’s novel. In June 2017, Racano married actor Jerry Ferrara, who’s best known for his role as Turtle on Entourage. Racano appeared in the 2011 Entourage episode “One Last Shot” as Katie (see link to episode above). Ferrara is now starring in 50 Cent’s Power as Joe Proctor. Blue Bloods airs Fridays at 10 pm on CBS, right after Hawaii Five-0.

To my husband who I love more with each passing day. You love me, you take care of me, you inspire me, you give without expectations to not just me but our family and our friends, you stand proud next to me, your strong for us and you make me happier than I could’ve ever imagined. Let’s celebrate this beautiful marriage we’ve created together. Happy 1 Year Anniversary ❤️