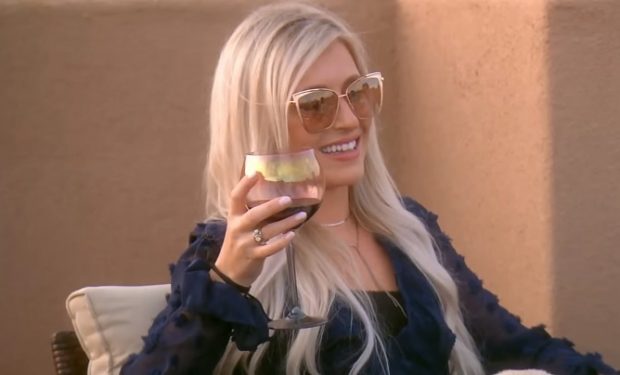 On The Real Housewives of Orange County episode “Nice to Meet You…Again,” while new wives Gina and Emily bond over their inability to get to know Shannon, Vicki heads to San Diego. There, she visits he son Michael in his amazing condo. His girlfriend Dani is there too. How does Michael afford everything? He’s the vice president of Vicki’s company “and he’s doing fabulous,” says Vicki.

[Dani wears sunglasses like these on sale at Amazon]

Vicki makes things awkward when they sit down and she opines, ‘Isn’t it weird that none of us are married and we still love our partner?” When Vicki’s boyfriend Steve laughs, she asks what’s so funny. She tells him, “I told you I like to be married. I’m not going to date you forever.” Vicki turns to Michael and tells him “your window is closing in” and says “by 32 you should be pregnant, Dani, you too.” The Real Housewives of Orange County airs Mondays at 9pm on Bravo.

Happiest of birthdays to this beautiful lady! 💕🎉