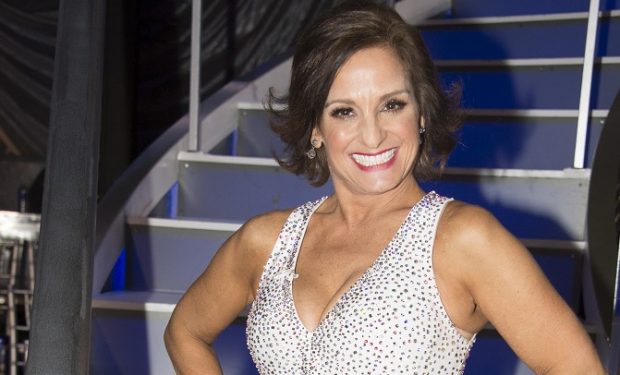 On Week 3 of Dancing with the Stars, the 11 remaining celebrities will dance to a song that reflects their “most memorable night.” Retired Olympic gymnast Mary Lou Retton and her pro dancer partner Sasha Ferber will perform a Viennese Waltz to the Queen song “We are the Champions” performed by DWTS’s Ray Chew Live.

[Queen’s “We Are the Champions”]

Mary Lou Retton won the hearts of Americans at the 1984 Summer Olympics in Los Angeles, where she won a gold, two silver, and two bronze medals. Oh, and she became the first gymnast outside Eastern Europe to win the gymnastics all-around competition. The 4’9” tall athlete was a sophomore in high school at the time. Now she’s a 50-year-old wife and mother of four daughters. Her youngest Emma just turned 16. Retton’s husband of 28 years is 6’1″ tall Shannon Kelley, former University of Texas quarterback, now assistant coach at Houston Baptist University. Dancing with the Stars airs Mondays at 8pm on ABC. [Dancing with the Stars Voting Phone Numbers, Team Hashtags Season 27]