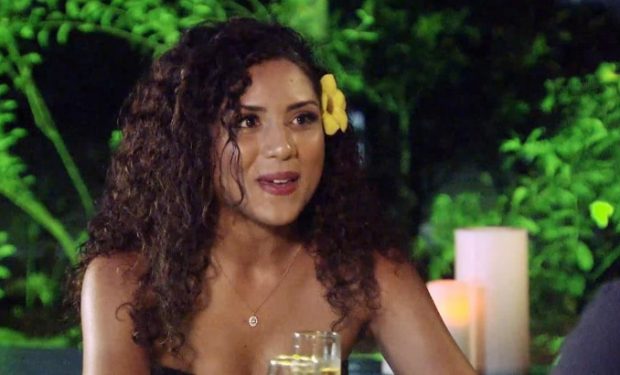 In the second Married at First Sight: Honeymoon Island episode “Suite Life”, the couples spend time getting to know each other. Some click right away, some struggle. While in the pool at the St. Lucia resort, Shannon Raddler, 33, asks Kimber Gardner, 28, point-blank if she wants kids or not. (Spoiler alert: she doesn’t think so, but hey, she’s only 28.) The couple that seems to have made the best connection (so far!) is Tyler Moody, the 26-year-old from Greeley, Colorado and Isabella McKenzie, the 25-year-old from Atlanta. Maybe it has something to do with the fact that they’re not thinking about having babies yet?!

While Tyler pours a glass of champagne for Isabella, she says, “If we were to get married, maybe your side of the bed will be made and mine would be messy,” which has Tyler laughing. If a messy bed is Isabella’s primary concern, she should go for it! (Plus, Tyler will likely make her side of the bed, too!)