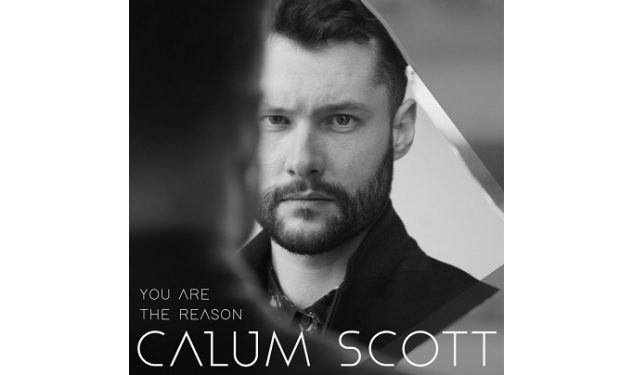 Calum Scott "You Are the Reason" Capitol Records

On Week 3 of Dancing with the Stars, the 11 remaining celebrities will dance to a song that reflects their “most memorable night.” Bachelor Nation’s Grocery Store Joe and his pro dancer partner Jenna Johnson will dance to a live performance of the ballad “You Are the Reason,” by Calum Scott and Leona Lewis. Scott said when he told his mum that he was going to be on DWTS again, “she thought I was going to be one of the dancers and seemed pretty disappointed when I told her I’m just singing.”

[Calum Scott’s Only Human includes ‘You Are the Reason’]

Calum Scott is the 29-year-old British singer who competed on Britain’s Got Talent in 2015 (he came in sixth place). He’s known for his cover of Robyn’s hit “Dancing on My Own.” In November 2017, Scott released his own song “You Are the Reason,” which was produced by Grammy winner Fraser T Smith (Adele’s “Set Fire to the Rain” on her 21 album). Three months later, in February 2018, he released the song as a duet with Leona Lewis. He’s also released the song as a duet with Dutch singer Ilse DeLange in May and with French singer Barbara Pravi in June. Dancing with the Stars airs Mondays at 8pm on ABC. [Dancing with the Stars Voting Phone Numbers, Team Hashtags Season 27]

Calum Scott’s “You Are the Reason” video, shot in Prague, has more than 202 million views…