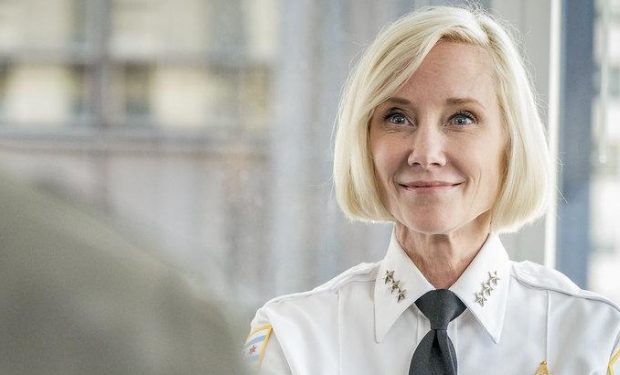 In the Season 6 premiere of Chicago P.D., “New Normal,” bad heroin is causing overdoses in Chicago, and Voight (Jason Beghe) is needed on the streets but he gets suspended due to the DeLeon shooting. Antonio (Jon Seda) takes charge, but Ruzek (Patrick John Flueger) undermines his authority. Antonio meets with Superintendent Katherine “Kate” Brennan in her fancy corner office. She’s the one who suspended Voight.

[Watch Heche and Harrison Ford deserted on an island together]