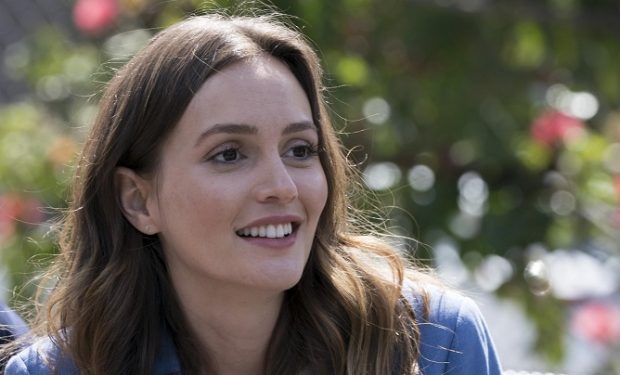 The protagonist of the new ABC sitcom Single Parents is Will Cooper (Taran Killam). The single dad has been so busy raising his daughter Sophie (Marlow Barkley) that he’s let go of his own identity. Fellow single parents at his daughter’s school band together to help Will snap out of “the parental vortex.” One of them is single mom Angie D’Amato.

[Check out Leighton on Gossip Girl with Blake Lively]

{Or, listen to her album Heartstrings]

Angie is portrayed by Leighton Meester. She’s known for her roles on Making History (Deborah Revere), Gossip Girl (Blair Waldorf), and in the Adam Sandler/Andy Samberg movie That’s My Boy, among others. Fun fact: Meester is married to actor Adam Brody (The O.C.); they are the parents of a 3-year-old daughter. Single Parents airs Wednesdays at 9:30pm on ABC, right after Modern Family, and right before the other new sitcom A Million Little Things.