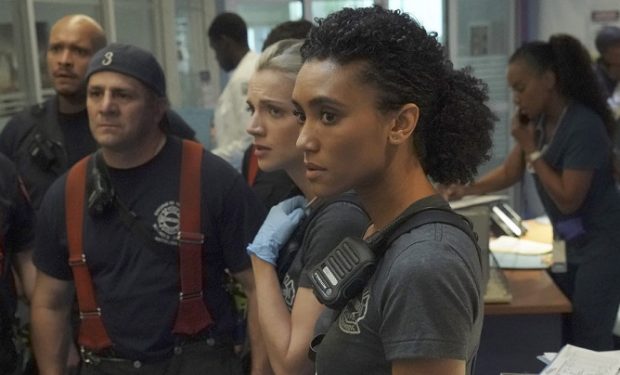 The big change in Season 7 of Chicago Fire is the void left by paramedic Gabby Dawson (Monica Raymund). She left Chicago and Casey (Jesse Spencer) behind to take a disaster relief job in Puerto Rico. But don’t worry Chicago Fire fans, there’s another paramedic in town. Her name is Emily Foster and like most newcomers to the firehouse, she doesn’t make a good first impression, especially on Chief Boden (Eammon Walker).

[Check out Annie as Harper in Person of Interest]

[Miss Gabby? Here she is. Stream Season 6 of Chicago Fire]

Enjoyed working with you All!! Can’t wait to do it again 🙌🏽🌟 @peppermintmovie @jennifer.garner #idol