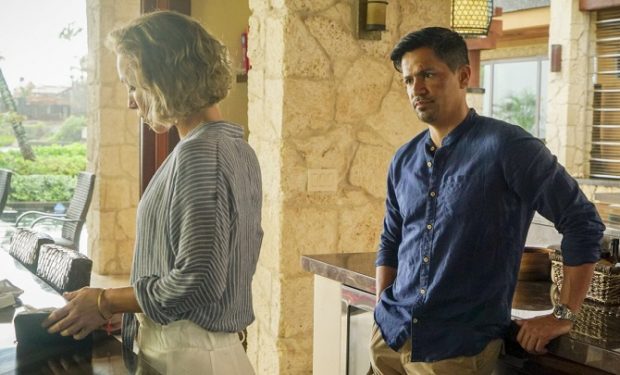 CBS is bringing back one of its most beloved TV characters, Magnum P.I. The 1980s series starred Tom Selleck as a sexy skilled private detective living in Hawaii and solving crimes along the way. In the 2018 reboot, Thomas Magnum is portrayed by Jay Hernandez. The military hero is still a Detroit Tigers fan and loves to drive a red Ferrari. The big twist in the Magnum P.I. reboot is that Higgins, a former British commander who’s in charge of the estate where Magnum is living, is a woman. In the original, Higgins was portrayed by the late great John Hillerman. In the reboot, Higgins is portrayed by Welsh-born actress Perdita Weeks.

[Check out Hernandez with Kirsten Dunst in Crazy/Beautiful]

#badmomsxmas is 3 weeks away, Get them tix and a bottle of Chardonnay.🥂

Check out Hernandez as Diablo in Suicide Squad…