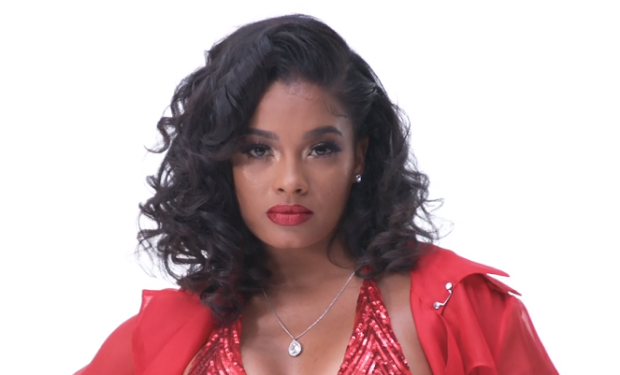 On the Love & Hip Hop Hollywood episode “True Hollywood Story,” Teairra takes legal action against her ex-boyfriend Akbar, which ultimately tests her friendships with Nikki Baby and Paris. (Teairra has accused Akbar of leaking their sex tape.) Meanwhile, Moniece invites JayWill to Bridget’s party. He’s not in a social mood after his failed audition for LA Pride, or as JayWill describes it “after Misster Ray and his whack-ass judges passed on me.” And to make matters worse, they gave La’Britney the gig.

La’Britney Franklin is from Detroit where she’s grown a fanbase she refers to as La’Nation. Her two big hits are “Booty Drop” and “Actin’ Funny” (featuring Kash Doll). Now the 29-year-old single mom La’Britney is in Hollywood trying to work with the best songwriters and producers in town. (La’Britney was 14 when she became a mother: her son Rusty is now in the sixth grade.) At Bridget’s party, Moniece consoles JayWill by saying, “I’ve never heard anything great about her [La’Britney].” Moniece also reveals that Erica told her that La’Britney has been trying to DM and hang out with A1. “And I heard from someone else they were having sex,” Moniece tells JayWill. Spreading that kind of rumor is going to come back and bite somebody’s booty. La’Britney has said, “The best way to deal with gossip in Hollywood is to confront” the people who are talking about you. Love & Hip Hop Hollywood airs Mondays at 8pm on VH1.