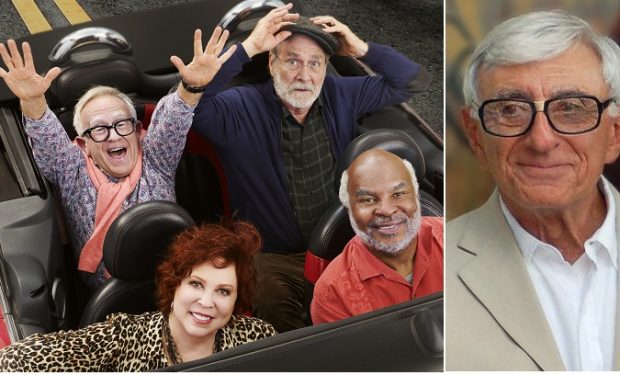 On the premiere episode, a character named Dudley shows up and steals the scene. Dudley is portrayed by Jamie Farr, who’s best known for his role as cross-dressing solider Maxwell Klinger on M*A*S*H*. Fun fact: the 84-year-old actor was born Jameel Joseph Farah in Toledo, Ohio in 1934. He is currently the oldest surviving cast member of M*A*S*H. The Cool Kids airs Fridays at 8:30 pm on FOX, right before Hell’s Kitchen Season 18 (Veterans vs. Rookies).