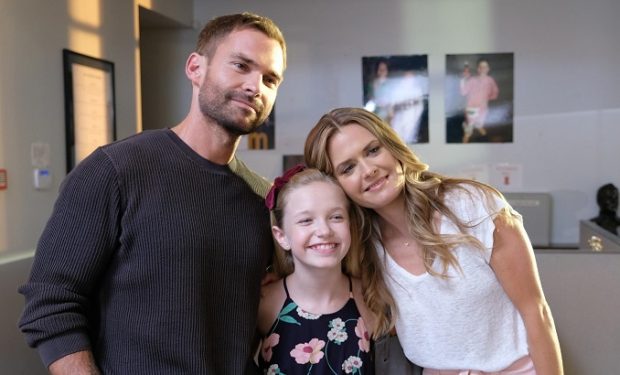 In the Season 3 premiere of Lethal Weapon, “In the Same Boat,” the starring role of Riggs (Clayne Crawford) has been replaced by former CIA operative Wesley Cole (Seann William Scott, American Pie). Cole assumes duty as an LAPD police officer whose partner is, of course, Murtaugh (Damon Wayans, Sr.). Cole has a complicated personal life, too. In the first episode, we meet ER doctor Natalie Flynn, Cole’s ex-girlfriend and mother of his adorable daughter Maya (Shay Rudolph).

[Check out Lawson as Det. Jules O’Hara on Psych]

[Watch her as Ms. McMartin on Two and a Half Men]