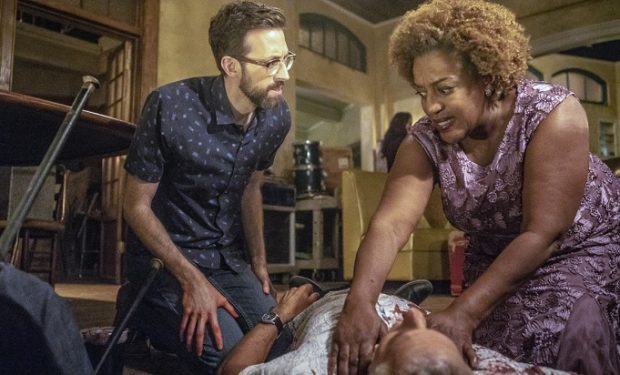 In the Season 5 premiere of NCIS: New Orleans, “See You Soon,” Special Agent Dwayne Pride (Scott Bakula) is found in his home, shot  multiple times in the chest. While fighting for his life in the ICU, the team tries desperately to track down the blonde hit woman who tried to assassinate Pride. They get the help of NCIS Special Agent Gibbs (Mark Harmon) and JAG ADA Rita Devereaux (Chelsea Field, Bakula’s real life wife). Pride’s daughter Laurel (Shanley Caswell) is frantic too.

[Watch Rutberg in Daredevil on Netflix]