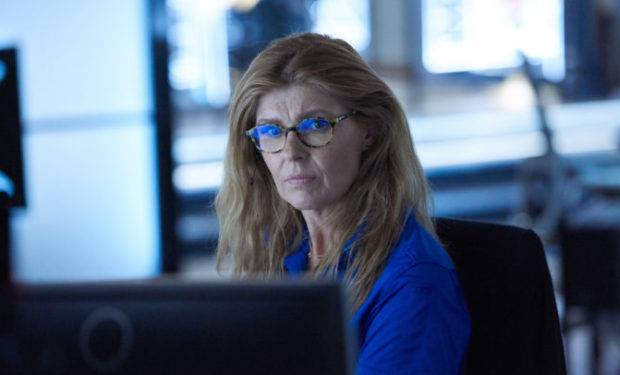 The FOX drama about first responders in Los Angeles, 9-1-1, is back for its second season. But there’s one character missing. Abby, the dispatcher at the 9-1-1 call center, has been replaced by firefighter Buck’s (Oliver Stack) sister, Maddie. Is it weird that the job of Buck’s lover Abby (Connie Britton*) is being filled by his sister? Sure, but the drama will be just as entertaining because Maddie is portrayed by Jennifer Love Hewitt (The Client List, Ghost Whisperer).

At the end of Season 1, Abby left for Dublin, Ireland in honor of her late mother who was portrayed by the incredible Mariette Hartley. She promised to come back, but will she? In the beginning of Season 2, Buck will be waiting for Abby’s return. But for how long is the big question. 9-1-1 airs Sundays at 8pm on FOX.

*Britton agreed to be in just the first season for 9-1-1; her exit was planned from the start of the show. Britton is currently filming the new TV series Dirty John, based on the true story of con man John Meehan. She’s reprising her role as Vivien Harmon on American Horror Story (October 7), and returns as Ally on the Showtime comedy series SMILF (November 5).