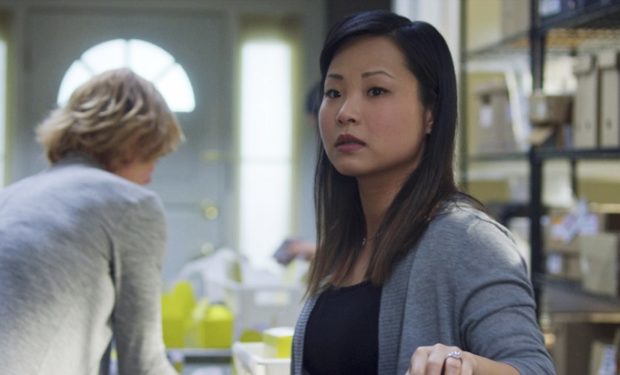 The CBS TV docu-series Pink Collar Crimes tells the story of Phoenix-based housewife Robin Ramirez. She took extreme couponing to a whole new level when she orchestrated the largest and most lucrative fake coupon scam in U.S. history. With two other women, Amiko Fountain and Marilyn Johnson, Ramirez operated website Savvyshoppersite.com, which sold millions of dollars in counterfeit coupons. Ramirez had legitimate coupons reproduced in mass quantities overseas, and then sold them on eBay and on the now defunct Savvyshoppersite.com. In July 2012, police confiscated about $40 million worth of counterfeit coupons. More than 40 of the country’s largest manufacturers including Proctor & Gamble (Pampers, Tide) were duped by Ramirez’s scheme. According to the blog Coupons In the News, P&G’s own detective work “took a lot of resources that quite frankly, we didn’t have,” says lead detective on the case, Sgt. David Lake of the Phoenix Police Department.

[There are tons of free Coupon apps at Amazon]

After the eight-week investigation, all three women were arrested. When Fountain and Johnson agreed to testify against Ramirez in her upcoming trial, Ramirez changed her plea to guilty. In 2013, Ramirez was sentenced to two years in jail. Johnson and Fountain were sentenced to probation. The three were also ordered to pay restitution: $1,288,682 to cover P&G’s losses. Pink Collar Crimes airs Saturdays at 8pm on CBS.