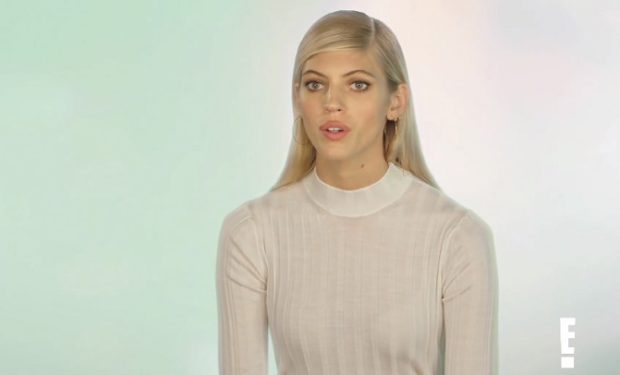 The new reality TV show Model Squad follows nine professional models who are trying to make it in the competitive world of modeling in New York City. Two of the stars are Olivia Culpo (2012 Miss Universe) and Devon Windsor. Devon is the 24-year-old from St. Louis, Missouri who played field hockey, lacrosse, tennis and ran track in high school. Two years prior to graduation, in 2010, she signed with IMG Models in New York. In 2013, the 5’11” beauty made her debut in the Victoria’s Secret Fashion Show (she’s been in the annual catwalk ever since). Like Culpo, Windsor is also an actress. Windsor made her debut on the big screen in the 2017 film Brawl in Cell Block 99 opposite Vince Vaughn.

The 6’5″ tall actor Vaughn plays a former boxer who loses his job and works as a drug courier for an old friend (Don Johnson). Vaughn’s character gets caught in the middle of shootout with the cops and goes to prison. Things don’t well on the inside either. 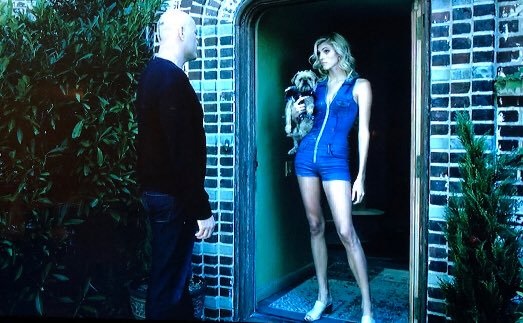 [Check out Devin Windsor in Brawl in Cell Block 99]

On a personal note, in June 2018, Windsor became engaged to businessman Jonathan Barbara (aka Johnny Dex). Her fiancé flew her on a private plane to a deserted beach in the Bahamas where he had the question “Marry Me?” written out in red roses. (She was dressed in a bathing suit because she thought she was showing up for a photo shoot!) Model Squad airs Tuesdays at 8pm on E!