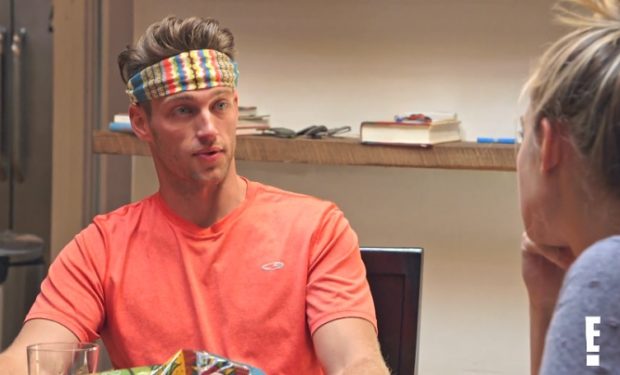 Heath is a 6’2” tall model with light brown hair and blue eyes represented by the famous agency, Wilhelmina. The former Mississippi State football player refers to Caroline as his “better half” and claims to “eat myself to sleep with” her. Note: Heath lost 40 pounds when he transitioned from football after college to modeling: he went from 220 lbs. to 180 lbs. See photos below. Model Squad airs Wednesdays at 8pm on E!