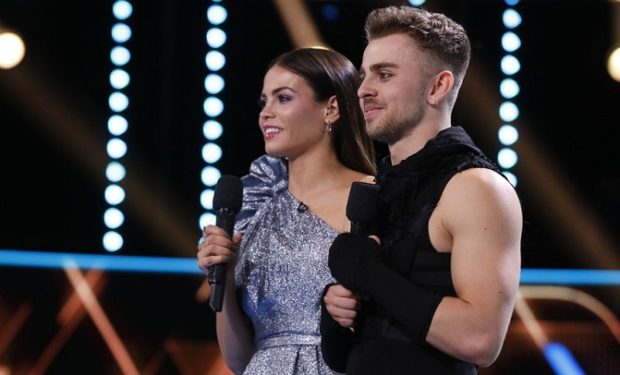 The Season 2 finale of World of Dance airs Wednesday, September 12. The top act from each division performs two more times before the winner is crowned and awarded the $1 million prize. The judges – Jennifer Lopez, Ne-Yo and Derek Hough – choose one song and the competing act chooses another song. One of the fan favorites to win is Michael Dameski from Sydney, Australia. This isn’t Michael’s first rodeo — he won So You Think You Can Dance in Australia when he was just 18 years old.

For one of his World Final performances, Michael wears a maroon suit with an argyle vest sweater and suspenders. Through dance (and song) he tells a story of heartbreak while reading a “Dear John” letter. The performance is set to Ed Sheeran’s ballad about vulnerability, “Dive,” (see link above) which includes the lyrics: “So don’t call me baby/ Unless you mean it.” Sheeran has said that the song “Dive” (and all the love songs on his 2017 album Divide ) are about his now-fiancee, Cherry Seaborn. World of Dance airs Wednesdays at 9pm on NBC, right after America’s Got Talent. [Related: Watch Michael Dameski In Pink’s Music Video ‘Beautiful Trauma’]