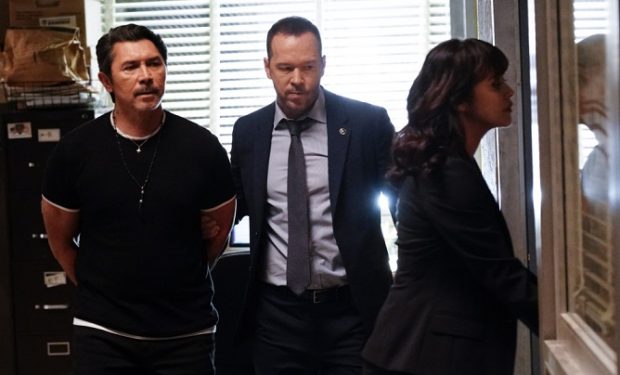 In the Season 9 premiere of Blue Bloods, “Playing With Fire,” NYPD Detective Danny Reagan (Donnie Wahlberg) learns that drug cartel member Louis Delgado aka The Panther is the one responsible for torching his house. (That was in Season 7 finale: Danny, his wife Linda and the boys were able to escape. Linda died later in a medevac helicopter crash.) Now, with Delgado in custody, Danny asks his sister Erin (Bridget Moynahan) — who just got a promotion in the DA’s office — for help with his investigation to put Delgado away for a very long time.