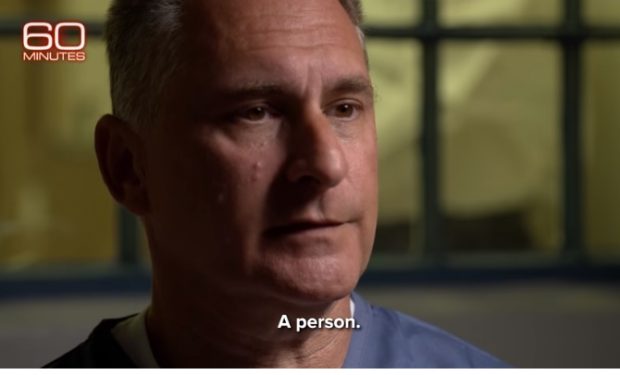 60 Minutes correspondent Bill Whitaker reports that in 2009, more than 2900 people died in Florida of drug overdoses “mostly from prescribed opioid pills.” He goes to the Florida State Prison in Raiford to interview former doctor Barry M. Schultz in prison. According to DEA records, in one 16-month period Dr. Schultz of Delray Beach, Florida dispensed 800,000 opioid pills from his office pharmacy. During the interview, Schultz tells Whitaker “if I had known that the overdose incidents had increased dramatically the way it had, I would have moderated my approach.” Whitaker says with disbelief, “Doctor, how could you have not known? All you had to do was pick up a paper.” It might be infuriating for some to hear Whitaker address Schultz as “Doctor” since his medical license was suspended after the charges were filed in 2011. In 2016, Schultz volunteered to relinquish his license to practice medicine in the State of Florida.

When Whitaker goes on to grill Schultz, “people in your practice died from overdoses of opioids,” Schultz corrects Whitaker, “a person.” After a pregnant pause, Whitaker says increduously, “One is enough.”

Whitaker also interviews Carol Tain, the mother of that person, David Tain. David Tain went to Dr. Schultz for pain management after a car accident. According to Whitaker’s report, Schultz prescribed Tain an assortment of pain killers even after he became addicted. In 2010, Tain died of an overdose of opioids prescribed by Schultz. Carol Tain tells Whitaker, “As far as I’m concerned, he’s a murderer.” In 2016, the 59-year-old doctor was sentenced to 25 years in prison. But in 2018, a state appeals court ruled the sentence “too light” for the 55 drug trafficking counts and sentenced Scultz to 157 years in prison, the longest sentence of anyone so far in the opioid crisis. 60 Minutes airs Sunday, September 30 at 7:30pm on CBS.