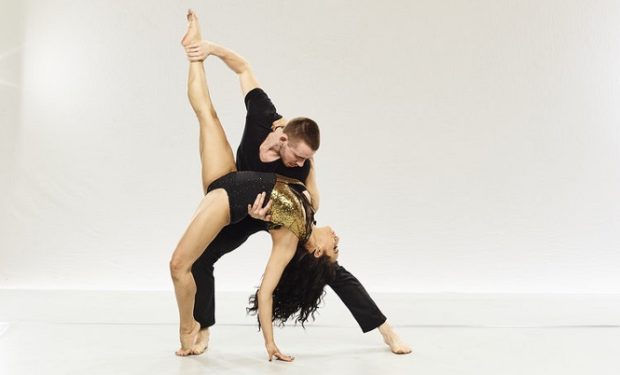 During the fourth round of Duels on Season 2 of World of Dance, the sexy contemporary dance duo Ashley and Zack get to perform again. The twentysomethings from Los Angeles know what they’re doing on the dance floor – they danced with World of Dance judge Derek Hough on his MOVE tour. Check out the photos below.

After touring with Hough, Ashley choreographed violinist/singer Lindsey Stirling’s Warmer in the Winter tour. Stirling competed on Season 25 of Dancing with the Stars and came in second with Hough’s DWTS BFF Mark Ballas. (Hamilton star Jordan Fisher and dance pro Lindsay Arnold won.) World of Dance has moved to its new day and time – Wednesdays at 8pm on NBC.

I’m just missing you all like crazy. Wish we could do this again ❤️

Photos from Lindsey Stirling’s Warmer in the Winter tour…

DREAM COME TRUE! This thank you is long over due. I am still in awe from this entire experience with you @lindseystirling. I have never met or worked with anyone so humble, passionate, hard working, and just absolutely brilliant. I just want to express my greatfulness one more time. Thank you for taking a chance on me and letting me choreograph Warmer In The Winter tour. My life has changed because of this experience. Not only are you a great boss but you’re even a greater friend. I love you so much and I love watching you kick ass ❤️ #warmerinthewintertour