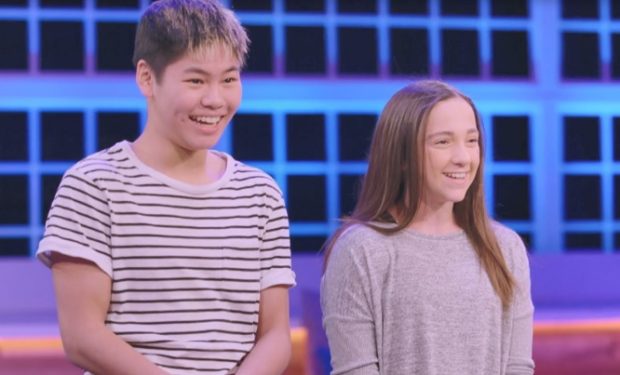 On Season 2 of World of Dance, dancers face the deepest and most intense cut of the season. Only the top three acts from each division advance to the Divisional Final. During the second round of The Cuts, junior duo Sean and Kaycee of Los Angeles, California rehearse their performance in front of World of Dance mentor and judge Ne-Yo and former Spice Girl Mel B, now a judge on America’s Got Talent.

As Sean and Kaycee explain, throughout the World of Dance competition so far, “We’ve really grown together. We’ve really learned how to work with each other better.” And as Sean says, “We’ve grown two inches together.” Ne-Yo tells Mel B the two are “amazing storytellers. The narrative is always crystal clear.” Sean (the choreographer of the duo) says the piece is “kind of a love story. Like we’re the only two people left on earth.” When Mel B asks if Sean “fancies” Kaycee, he allows a long pause. Ne-Yo kids Sean that he took too long to answer. Mel B suspects and hopes for a budding romance between Sean and Kaycee, but Sean says they’re just friends. Mel B notes both dancers blushed when asked about their relationship. World of Dance airs Wednesdays at 9pm on NBC, right after the results show on America’s Got Talent.