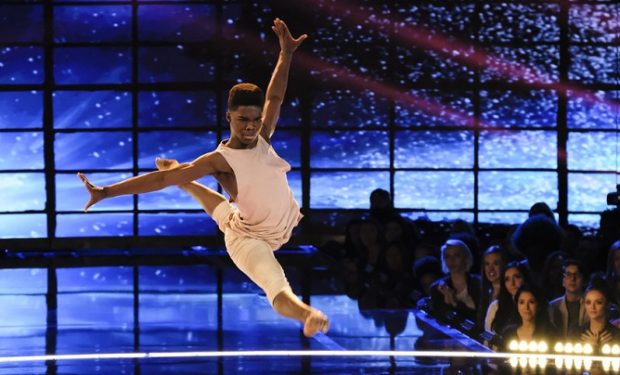 Jaxon Willard is the 16-year-old contemporary dancer from American Fork, Utah competing on Season 2 of World of Dance. Jaxon received a standing ovation from World of Dance judges Jennifer Lopez, Ne-Yo and Derek Hough after his performance, set to the song “Fragile” by Kygo & Labrinth, at the qualifiers. On the show, Jaxon, an African-American, has shared his story of being raised by a white family in a white town. The population of American Fork is 28,326; of those residents about 113 are African-American. Many scenes of the movie Footloose starring Kevin Bacon were filmed in the Mormon town.

In between the qualifiers and the duels, Jaxon has been able to spend time with his family, especially his mother, who has also appeared on World of Dance. Jaxon recently shared a photo of him and his mother about to step out together for “date night” in Vegas. See cute photo below. World of Dance airs Tuesdays at 10pm on NBC, right after America’s Got Talent.