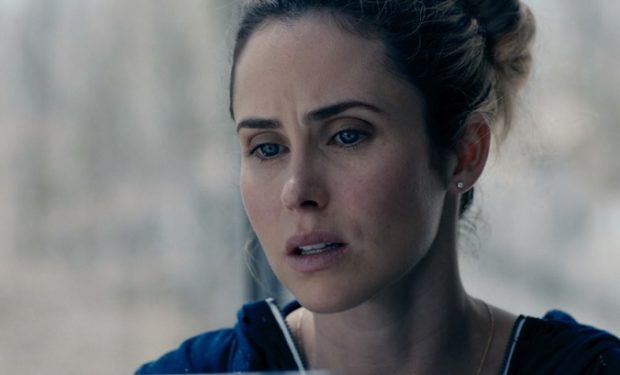 Anna Hutchison in Married to a Murderer on Lifetime

The protagonist in the Lifetime movie Married to a Murderer is Emma. Emma was raised by her grandmother and lives a simple life — which she’s proud of. But then she meets Ted (Austin Arnold), a wealthy guy who proposes marriage. Emma says yes, not knowing that she also ultimately said yes to dealing with Ted’s seductive twin brother Frank (Austin’s real life twin brother Aaron Arnold). Frank suffers from blackouts and manic episodes — and it all triggers jealousy of pretty much everything Ted has, including Emma.

[Check out Anna in The Cabin in the Woods]

Emma is portrayed by Anna Hutchison. The New Zealand-born actress is known for her role in the 2012 horror film The Cabin in the Woods with Chris Hemsworth, and on Anger Management (Sasha), Spartacus: War of the Damned (Laeta), Go Girls (Amy Smart), Wild Boys (Emilia Fife), Underbelly (Alison Dine), and Power Rangers Jungle Fury (Lily Chilman/Yellow Cheetah Ranger), among others. Married to a Murderer premieres on Lifetime on Saturday, August 18 at 8pm.