On the Love & Hip Hop Hollywood episode “School of Rocc,” while Brooke invites her fiance Marcus’ girlfriend Stassia over to her house, Paris and Nikki Baby find out some dirt about Teairra’s man, Akbar Abdul-Ahad. Paris says “he might be married.” When they confront Teairra about the rumor, she says, “He’s not married. That’s a lie.” But later Teairra sits down with her man and says, “People are believing this is your wife and I’m looking crazy.” He tries to assure Teairra that he’s focusing on her now and that “was my past.” 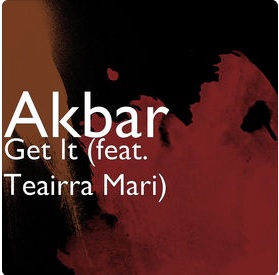 This isn’t Abdul-Ahad’s first time on television. He appeared as a messenger in a 2012 episode of Dallas. And he’s sung a song with Teairra mari (see link above). Before entering the entertainment business, Abdul-Ahad was a basketball player. The 6-foot guard played college ball at Idaho State and led the Big Sky Conference in assist-to-turnover ratio. While in college, Abdul-Ahad declared himself eligible for the 2006 NBA Draft but rescinded his eligibility shortly after and retained his college eligibility. Love & Hip Hop Hollywood airs Mondays at 8pm on VH1.

MDE: “Great teamwork is the only way we create the breakthroughs that define our careers.” – “Teamwork is the ability to work together toward a common vision. “No individual can win a game by himself.” – “Unity is strength… “Coming together is a beginning; keeping together is progress.” #mde #wegrowleaders