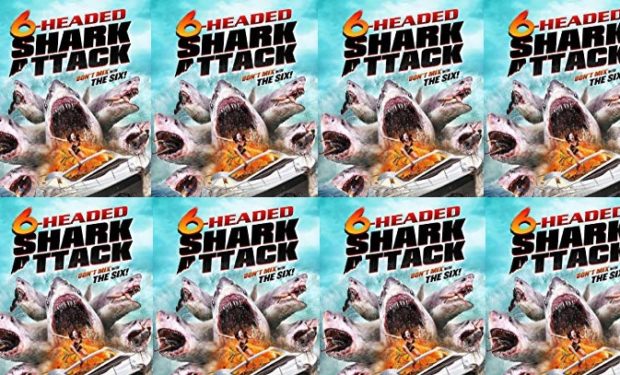 During the middle of August, Syfy is airing the film 6-Headed Shark Attack. It’s set on a remote island were young attractive people are attending a marriage boot camp. On the beach, they don’t just fight to save their marriages. When a 6-headed shark attacks the beach, they must fight to save their lives. The elevator pitch must have been: “It’s Couples Retreat meets Sharknado.”

[Need to catch up? Stream Sharknado: Heart Of Sharkness]

The beautiful blonde named Sarah is portrayed by Meghan Oberholzer. The South African-born actress is known for her roles in the two 2016 short films Don’t Fade Away and Sinner. Oberholzer is also a model who occasionally poses topless and nude. Sorry, fellas, she’s taken. She’s in a relationship with photographer Simon Key. 6-Headed Shark Attack premieres on Syfy on Saturday, August 18 at 9pm.