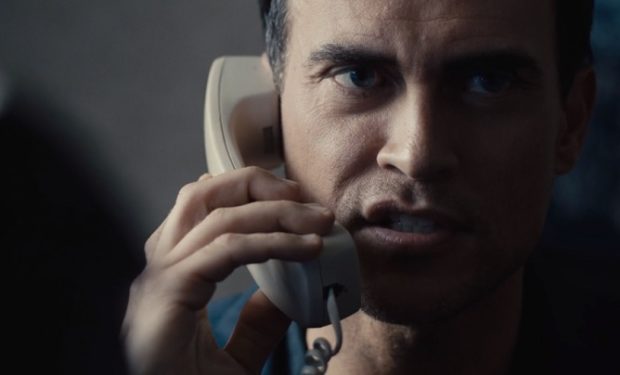 Cheyenne Jackson in Married to a Murderer on Lifetime

In the Lifetime movie Married to a Murderer, a wealthy young man named Ted (Austin Arnold) proposes to Emma (Anna Hutchison). During their engagement party, Ted’s twin brother Frank (Austin’s real life twin brother Aaron Arnold!) shows up. Ted is quick to ask Frank how long he plans to be in town. The appearance of Frank has Emma asking Ted what happened to their mother Karen. Ted says she left, but Emma is told by a man named Marcus that she’s dead. Now who is Emma supposed to believe or trust?