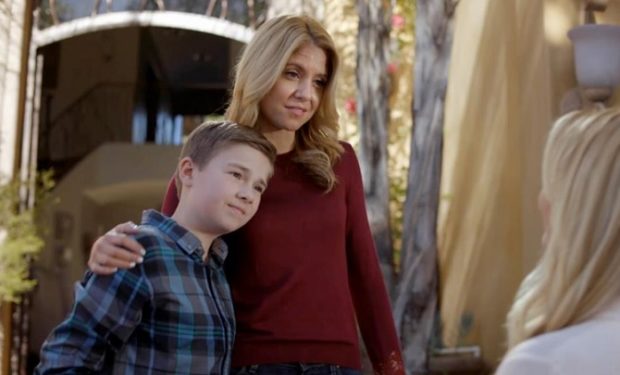 The protagonist of the Lifetime movie Babysitter’s Nightmare is registered nurse Daphne Hart. She’s been let go from the hospital where she works due to being wrongfully accused of negligence. To make ends meet, she takes on the job of babysitting a diabetic boy named Toby (Jet Jurgensmeyer), the son of a wealthy doctor. It seems like a pretty cushy job until the pizza delivery guy shows up. He starts asking Daphne a bunch of weird stuff and now the malicious killer is lurking outside the house. Or is he inside the house?

Daphne is portrayed by Brittany Underwood. She’s known for her roles on The Bay (Riley Henderson), Youthful Daze (Sheila Edmundson), Hollywood Heights (Loren Tate), and One Life to Live (Langston Wilde), among others. Babysitter’s Nightmare premieres on Lifetime on Sunday, August 12 at 8pm.