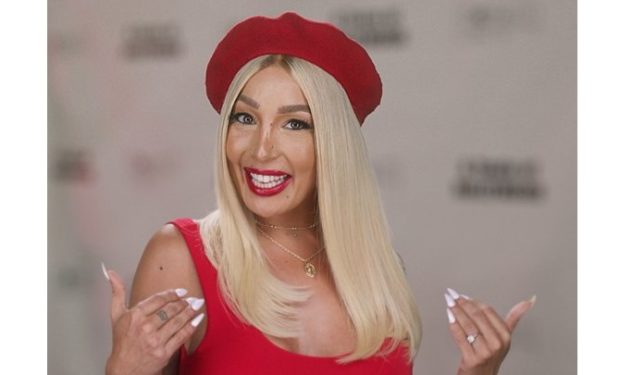 On the Love & Hip Hop Hollywood episode “School of Rocc,” Brooke goes for broke to win back her “fiance” Marcus, and Teairra Mari is told that her new man Akbar might be married. On a more upbeat note, newbie Donatella Panayiotou is excited about her upcoming showcase which features a performance by JayWill from Compton — but at her big event “chaos breaks out.” What’s a Love & Hip Hop Hollywood event without people getting messy in public?

The petite Donatella (she’s just 5 feet tall) is known as a radio host and TV personality in the United Kingdom. Now in the U.S., she’s looking to build a bridge between Los Angeles and London to create the next big music movement. Through her new business endeavor, Connect the Dots International, Donatella’s offering a limited amount of one-on-one phone consultations for people looking for advice on their career or those interested in getting into the entertainment industry. After appearing on LHHH, Donatella took to Twitter to refute claims that her accent and name are fake. Love & Hip Hop Hollywood airs Mondays at 8pm on VH1.

So French said he watched #CultureClash with Drake ? ???? What else did we talk about? Catch our full chat on @grmdaily NOW! GRMdaily.com

Realest of all time ? Happy G day @snoopdogg ?? ? A billion blessings to you ?? ☄ #RareSpecies ?✨ #HappyBirthdaySnoop