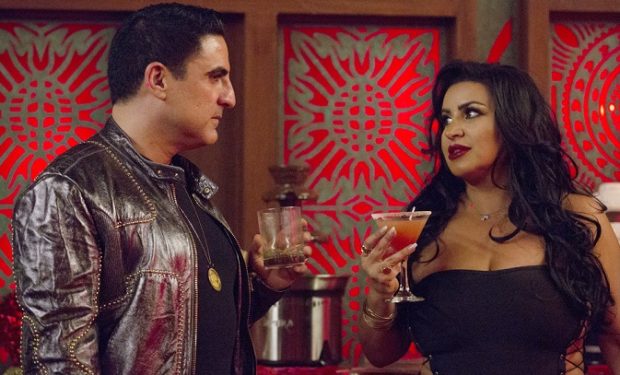 On the Season 7 episode of Shahs of Sunset, “It’s My Party and I’ll Make You Cry If I Want To,” the group’s fun-filled ski vacation at Big Bear comes to an end. With Mike Shouhed’s kinda girlfriend Dr. Mona Vand and her brother Nema Vand in attendance, Reza Farahan and Mercedes “MJ” Javid make an exciting announcement. Well, they think it’s exciting. The big news incites an argument among the group. Golnesa “GG” Gharachedaghi looks the most pissed off. 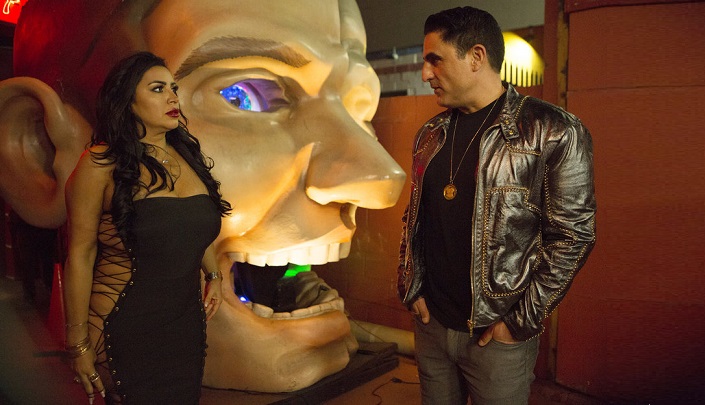 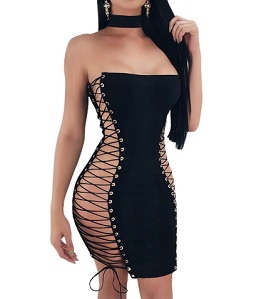 [MJ wears a dress similar to this one at AliExpress, $13]

We don’t know how any one can pay attention to the announcement while MJ is wearing that strapless black lace-up bondage dress and apparently not wearing any underwear! It’s especially distracting when she starts tugging on the lace as seen in the photo above. Shahs of Sunset airs Thursdays at 9pm on Bravo.