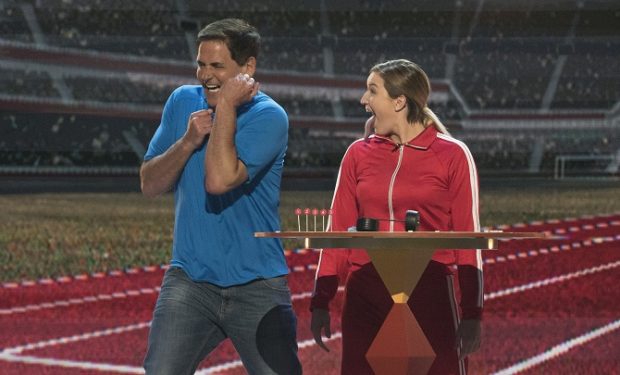 On The Gong Show reboot where Mike Myers embodies British TV host Tommy Maitland, the judges on the show are usually fellow stand-up comedians or comedic actors. On Season 2, The Gong Show makes an exception to the rule and invites billionaire tech guru Mark Cuban. The Shark Tank star knows how to spot talent from afar but he is also known for rolling up his proverbial sleeves (he wears a t-shirt and jeans on the show) and getting involved — which is exactly what he does on The Gong Show. When The Mouthlete Adrianne Lewis demonstrates the record-breaking length of her tongue, Cuban joins her on stage.

Cuban also volunteers to stand against a wall while holding a bulls-eye target in front of his private area while Rick Smith, Jr., Master Card Thrower demonstrates his talent. Cuban also shows off his dances moves (from his time on Dancing with the Stars)with the elderly dance duo, Curly and Flash. See photos below. The Gong Show airs Thursdays at 8pm on ABC. 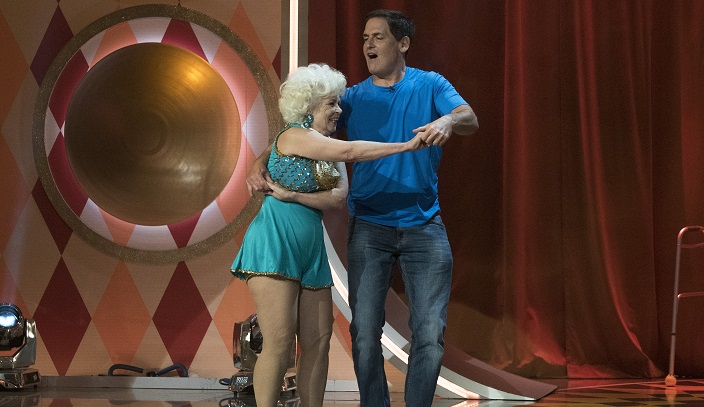 Curly and Flash: A Blast From the Past, Mark Cuban on The Gong Show (ABC/Richard Carthwright) 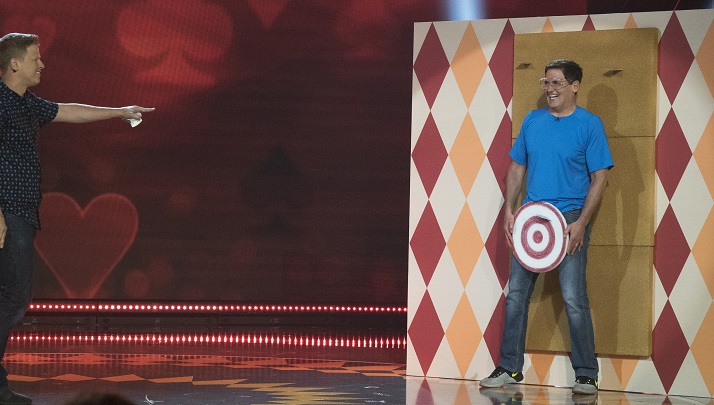