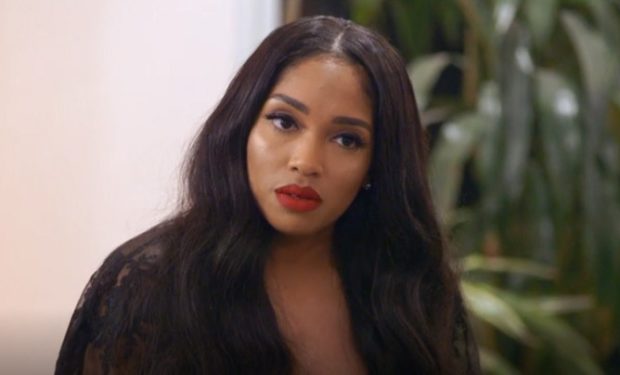 On the Love & Hip Hop Hollywood episode “School of Rocc,” while Lyrica finds comfort in an old friend, and Paris and Nikki Baby find dirt on Teairra’s man, Brooke “goes for broke” to win back Marcus. Last time Brooke saw Marcus he was “yipping and yapping” about his “little girlfriend” Stassia. So Brooke invites Stassia over to her house. It gets messy the minute Brooke opens the door and calls Stassia by the wrong name, Natasha. This is Brooke’s way of trying to “help” Marcus break up with Stassia once and for all. Brooke doesn’t waste any time, she tells Stassia that she and Marcus are going to get married and that Stassia’s relationship with Marcus “is over.”

Stassia quickly disagrees. She asks Brooke if Marcus has told her that she (Stassia) might be pregnant. That’s when Marcus walks in, and yes, he’s surprised to see Stassia there. Brooke goes on to say that if Stassia is pregnant, that would actually work out okay for her because she doesn’t want to have another child and Marcus does want a baby; so they could “just co-parent” the child together. Marcus looks at Brooke in disbelief but it’s Stassia who he says is out of line. While Brooke listens to their conversation she hums the bridal procession song.

When Stassia finally walks out, Brooke yells, “Natasha, we’re gonna call you when it’s time for the doctor’s appointment. I’m gonna go witcha’ y’all. Bye, girl!” When Stassia is out of the house, Brooke is glowing with pride. Even Marcus admits, watching Brooke fight for my affection, “kind of turns me on.” Love & Hip Hop Hollywood airs Mondays at 8pm on VH1.