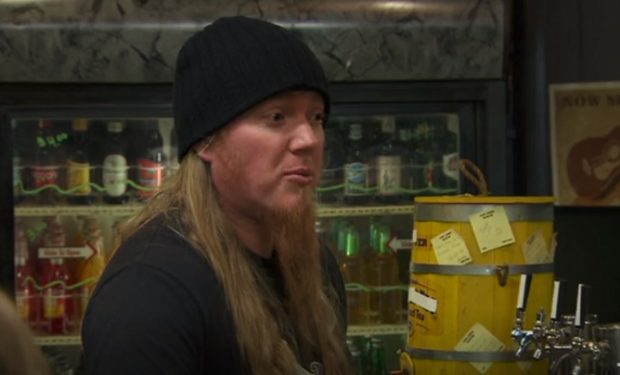 JD at The Wanted Saloon on Bar Rescue (Paramount Network)

On the Bar Rescue episode “The Unwanted Saloon,” Jon Taffer travels to Dickson, Tennessee to check out The Wanted Saloon. One of the owners, JD Defoor (aka JD Outlaw), is an aspiring musician who needs to step up at the roadhouse bar and save his marriage to his wife, co-owner Ashley Warewicz — all at once. With the bar losing money, Ashley has to keep a day job to keep her and her husband afloat. While doing recon work with Taffer in his car, Taffer asks Ashley what JD is doing when she leaves the house for work at 6am. She says he’s asleep. Taffer’s voice gets louder, “Is he not saying ‘screw you’ when he sleeps in late?” Ashley agrees and says yes.

The most brutal scene is when Taffer meets JD with Ashley by his side. Taffer tells JD that his wife is disappointed in him. JD says “I did not know that.” After calling JD a freeloader, Taffer goes on to tell JD that his wife “feels that she can’t have a child because of your shortcomings and your lack of desire to work.” JD is speechless. Taffer turns to Ashley and asks her, “Correct?” and she says “yes.” It’s a brutal scene. It might surprise some that JD doesn’t take a swing at Taffer. Taffer is known for his “tough love” tactics but it feels like he might have crossed the line. But Taffer’s tactic worked because he stayed around to help them renovate The Wanted Saloon and turn it into The Dickson. JD says it’s “badass.” New episodes of Bar Rescue air Sundays at 10pm on Paramount Network.