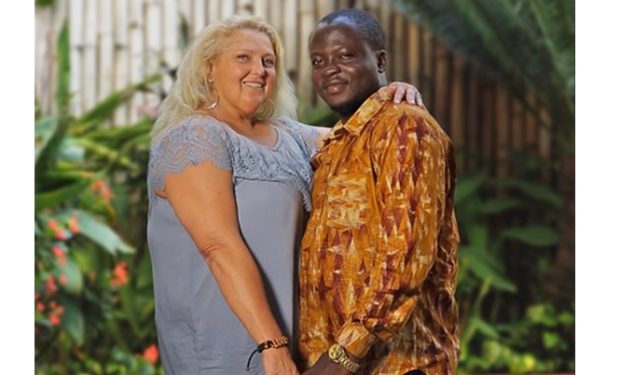 90 Day Fiancé: Before the 90 Days is back for its second season. This time around, we meet 52-year-old American hospice worker Angela. The grandmother of six lives in Hazlehurst, Georgia. She was married once, for 30 years, and thought she’d never marry again. But that’s before she meet Michael on Facebook. He sent her a message, “You look pretty today, good morning,” and the rest is history. Michael lives in Nigeria and is 30 years old. On 90 Day Fiance: Before the 90 Days, Angela packs her bag and heads to Africa. She plans to propose to Michael. Angela’s hairstylist says, “I think she’s being brave and stupid.”

When she arrives in Nigeria and unpacks her bag, she presents Michael with a Trump 2016 “Make America Great Again” t-shirt and baseball hat. “Oh my goodness,” says Michael as he accepts them and tries them on. Michael says, “I love America so much. I wish to be there to achieve my dreams.”

In May 2018, Nigeria’s Muhammadu Buhari became the first president from sub-Saharan Africa to visit Donald Trump’s White House. While Trump’s alleged reference to African countries being “s—hole countries” months prior didn’t come up, Trump did address his concern for Christians in Nigeria. “We are going to be working on that problem very, very hard because we cannot allow that to happen,” said President Trump with Buhari standing next to him in the Rose Garden. According to Angela, who is a Christian, Michael is a Christian too. At one point, Angela thinks Michael might be using her to flee the country. 90 Day Fiance: Before the 90 Days airs Sundays at 8pm on TLC.