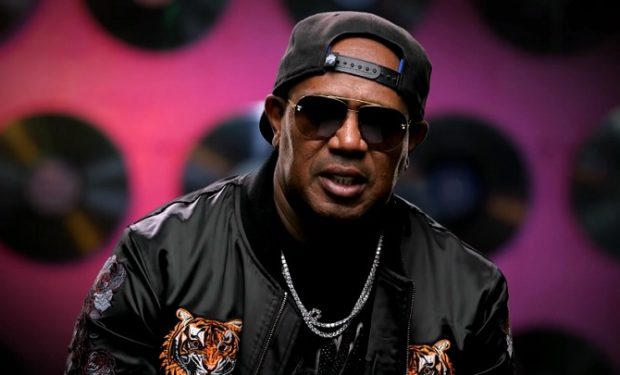 On Growing Up Hip Hop, while Tyran struggles to get the attention of his mother Pepa, the danger surrounding Master P’s incarcerated brother comes to a head. Master P (born Percy Robert Miller) was raised in New Orleans in the Calliope Projects with his four siblings including his brother rapper Corey “C-Murder” Miller who is currently serving a life sentence in prison. On Growing Up Hip Hop, Master P is told that Corey has started a hunger strike in prison.

#100 #Respect Regrann from @masterp – I went to visit my brother in Angola Prison, he’s in good spirit. He told me that he wants to use his case and his life to help other young men not have to go through the unnecessary injustice that he’s been through. We laughed, we argued, we fussed and we fought but in the end we realized that there is nothing more important than family. We will be there when no one else will. Blood is thicker than water. You can choose your friends but not your family. Nothing is more important than love. We all we got. Free Corey Miller. God will turn this around. A man has come forward and confessed, there is also a video tape from the club that has not been used as evidence in the case but we have faith and trust in God. Thanks to all the fans for their prayers and support.” – #regrann

In 2003, Corey Miller was convicted of the 2002 beating and fatal shooting of 16-year-old fan Steve Thomas at a nightclub in Louisiana. Miller was granted a new trial when a judge ruled prosecutors withheld information about the criminal background of a witness. While awaiting re-trial Miller was placed under house arrest. In 2009, Miller’s murder trial began. He was convicted of second-degree murder charges with a 10-2 verdict. He was sentenced to mandatory life imprisonment. In June 2018, a key witness in Miller’s 2009 trial recanted his testimony. Corey Miller is serving time at the Louisiana State Penitentiary at Angola, the largest maximum-security prison in the United States with 6,300 prisoners. 71 percent of inmates at Angola are serving a life sentence. Growing Up Hip Hop airs Thursdays at 9pm on WEtv.