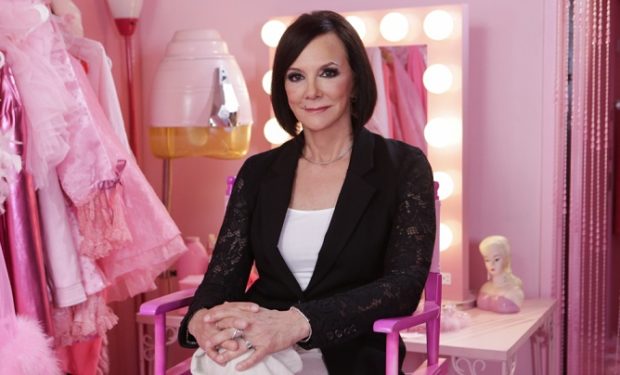 Pink Collar Crimes is the new CBS series that features stories of everyday women — “housewives, PTA moms, soccer moms” — who brazenly break the law and commit crimes. According to Pink Collar Crimes executive producer Sharon Liese, “Our research showed us that women are kind of outpacing men in the types of crimes the show highlights. They’re not really violent crimes but they kind of show some ingenuity and they’re sort of absurd.” The first episode is “Minivan Mom Bank Robber” which is based on Roxanne Pennock’s real life story. She’s the mother of five who robbed four banks “after dropping the kids off to school.”

[Clark’s book about the Simpson case, Without a Doubt]

The host of Pink Collar Crimes is Marcia Clark. She was the lead prosecutor in the 1995 O. J. Simpson murder case. Simpson was accused but found not guilty of killing his ex-wife Nicole Brown Simpson and Ron Goldman. Clark resigned from the District Attorney’s office after the Simpson case and wrote the book, Without a Doubt (see link above). Clark is also the author of the Rachel Knight series and the Samantha Brinkman series. Pink Collar Crimes airs Saturdays at 8pm on CBS.