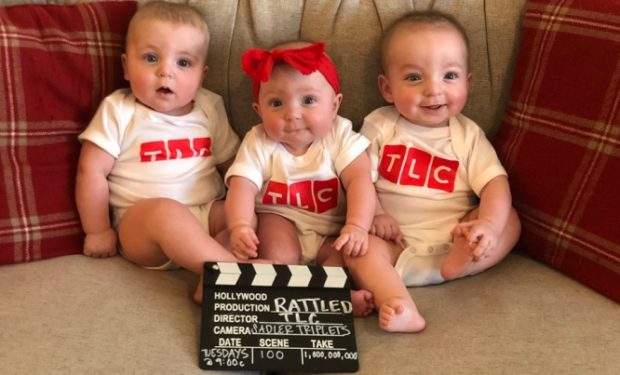 The Sadler Triplets on Rattled (TLC)

On Season 3 of Rattled, the cameras follow five couples with kids. In the season’s second episode “Holy Triplets,” after three miscarriages, Julia and Ryan Sadler “pray she can carry their triplets to term.” The expecting parents know how to pray; Julia’s father is Dr. Robert Jeffress, senior pastor of the 13,000-member First Baptist Church in Dallas. He’s also a Fox News Contributor (Fox and Friends, Hannity, Lou Dobbs Tonight), host of the national radio show “Pathway To Victory”, and author of dozens of books including “A Place Called Heaven” (see link below).

Jeffress will make cameo appearances throughout Season 3 of Rattled. He’s the guy everyone calls “Paw Paw.” Rattled airs Tuesdays at 10pm on TLC.

Tune in to the new season of #Rattled featuring our triplet grandchildren (with occasional cameos of me as “Paw Paw”) tonight on @TLC at 9pm CT! pic.twitter.com/0EUqSHXLXS