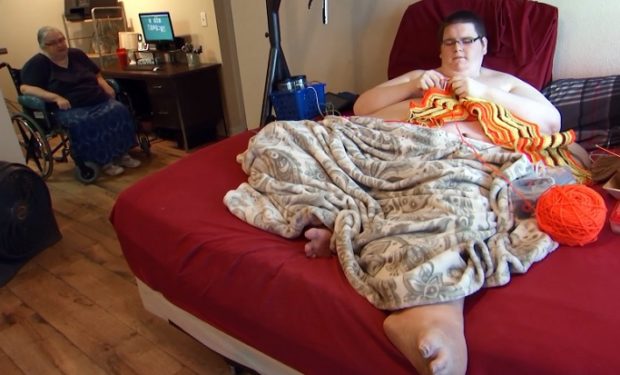 On Season 6 of My 600-lb Life, the camera crew follows up with Sean Milliken of Camford Park, California. On Season 4, Sean was 900 lbs. and had a massive growth protruding from his side. For years, his mother Renee took care of Sean. Some argue she doted on him; some argue she fostered a co-dependency. Nonetheless, Sean has made progress over the past two years. After a sleeve bypass operation, Sean lost more than 300 pounds. But now, in this Season 6 episode, we learn that Sean is struggling with a recent tragedy.

[Stream any season of My 600-lb Life online]

An Inquisitr article dated June 12, 2017 reports on a rumor about the death of Sean’s mother Renee. The 57-year-old reportedly died of kidney disease in April 2017. However, no obituary has been found to confirm the rumor, and Sean has apparently deleted his social media accounts.

The article points to a quote by fellow My 600-lb Life star Steven Johnson who claimed on Facebook that he personally attended Renee Milliken’s funeral. (Steven is the young man Dr. Phil once called a con artist, btw.) My 600-lb Life airs Wednesdays at 8pm on TLC.