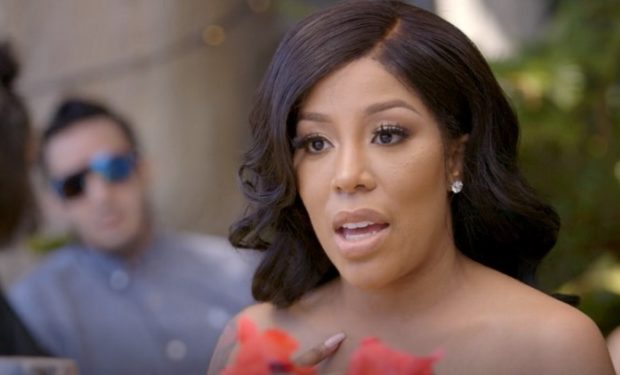 Let’s face it, the star of Love & Hip Hop Hollywood Season 5 is singer and reality TV star K. Michelle. In the season premiere, K. says she’s going by the name Kimberly now to reflect her more reserved and classy self. And on the heels of that claim, K./Kimberly meets her Moniece and Bridget at a fancy restaurant at Malibu to catch up. K. talks about getting her butt implants removed. Bridget talks about relaunching her career. And Moniece talks about Brandy and Princess, and all the other people with the last name Norwood. That’s when K./Kimberly raises her glass and makes a toast, “To safe sex and paychecks.” Keep it classy, Kimberly! 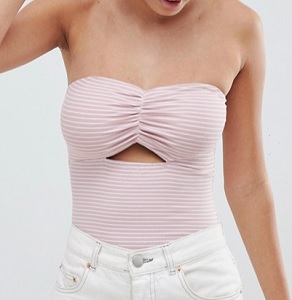 K.Michelle wears a striped bandeau top like this one by Fashion Union, $12.50

[Watch K. and Paris on K.Michelle: My Life]

The line in the sand between the female stars of the show has already been drawn. At a rooftop club, Princess (who is pregnant), Nikki, and Lyrica (who recently pissed off K), and Paris Phillips, who used to work as the former assistant to K, catch up too. It’s going to be a nasty season and there’s no guarantee of safe sex or big paychecks. Love & Hip Hop Hollywood airs Mondays at 8pm on VH1.