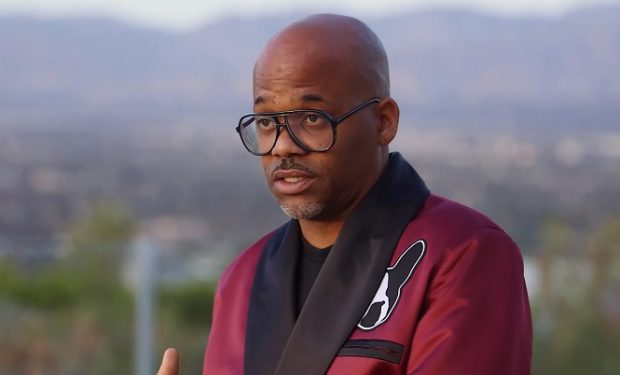 On the Growing Up Hip Hop Season 4 episode “Questionable Intentions,” while Tee Tee meets Romeo for their first date, Dame (Damon Dash) tries to smooth things over with his son Boogie. He meets with Boogie’s girlfriend Briana first. When Dame learns that Boogie’s out of rehab, he suggests that Boogie come to the screening of the movie he directed.

[You can watch Honor Up whenever you want on Amazon]

The movie that Dame is talking about is called Honor Up. It’s an action adventure movie about a drug lord’s lieutenant who struggles to protect his crime family and his own honor after a shootout. Dame’s real-life cousin, actress Stacey Dash co-stars. Dame co-wrote and co-produced the movie with his lady friend Raquel Horn. Kanye West is credited as executive producer of Honor Up. Growing Up Hip Hop airs Thursdays at 9pm on WEtv. [Related: Growing Up Hip Hop: Who Is Kristinia DeBarge’s “Nervous” Cousin Kyndall?]