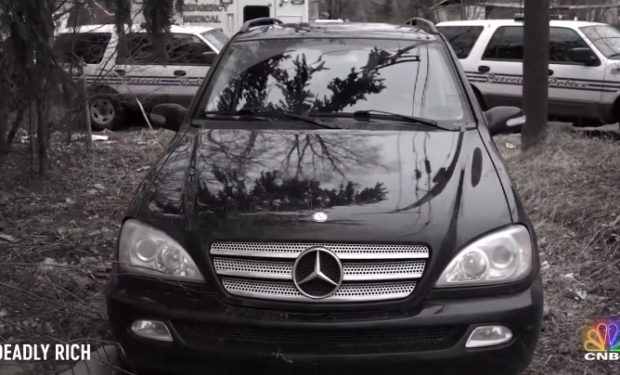 The Deadly Rich episode “The Dungeon Master” investigates the 2012 murder of Jane Bashara of Grosse Pointe, Michigan. The wealthy 56-year-old marketing executive and mother of two was found dead in her Mercedes-Benz SUV in an alley in Detroit. The cause of death was strangulation. A “mentally impaired” handyman named Joe Gentz was arrested and charged with first degree murder. He told police that Jane’s husband of 26 years, Bob Bashara, paid him $2000 (and a used Cadillac) to murder his wife. In 2014, Bob Bashara was found guilty of murder and was sentenced to life in prison without parole. In 2016, Getz, who is serving a 17-to 28-year prison sentence after pleading guilty to second-degree murder in a plea deal, claimed he had committed perjury under pressure by police and that Bob Bashara was not involved with the murder. However, in May 2018, Bob Bashara’s appeal for a new trial was denied.

[George Hunter’s book The Sadist, the Hitman and the Murder of Jane Bashara]

[Murder in Grosse Point Park: Privilege, Adultery, and the Killing of Jane Bashara]

Bashara, who is now 60. claimed his attorneys didn’t properly represent him. One of them was Lillian Diallo, who says Bashara “had a fair trial.” She was present in court when Bashara’s appeal was denied. She told The Detroit News, “Bob Bashara always thinks he’s the smartest person in the room. Good luck with that.” Deadly Rich airs Mondays at 10pm on CNBC.