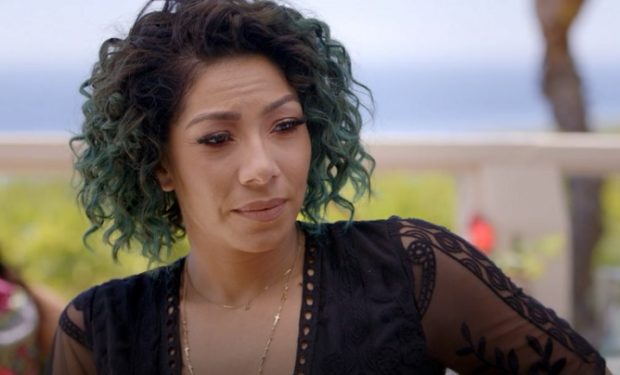 Love & Hip Hop Hollywood is back for its fifth season. In the season premiere, the lines between the female stars have been drawn. While pregnant Princess gets together with Nikki, Lyrica and K.Michelle‘s former assistant Paris, K.Michelle gets together with Moniece Slaughter and Bridget Kelly. Over lunch, K.Michelle talks about getting her butt implants removed. Moniece talks about the rumor she spread about Brandy being a surrogate for Princess (which isn’t true!), and Bridget talks about relaunching her career. Bridget is a singer and songwriter. Kelly co-wrote Kelly Clarkson’s “Einstein” from her Grammy-winning album Stronger. “Einstein” includes the line: “I may not be Einstein, but I know dumb plus dumb equals you.”

Bridget Kelly made her national TV debut on Saturday Night Live in 2010. Comedic actress Betty White was the host and Jay-Z was the musical guest. On SNL, Jay-Z performed three songs “Real As It Gets”, “99 Problems,” and “Empire State of Mind.” Bridget (a native New Yorker) sang the Alicia Keys part of “Empire State of Mind” which she has done numerous times including at the MTV Europe Music Awards in 2009 and Coachella 2010, among others. In 2014, after six years, Kelly left Jay-Z’s record label, Roc Nation. Love & Hip Hop Hollywood airs Mondays at 8pm on VH1.