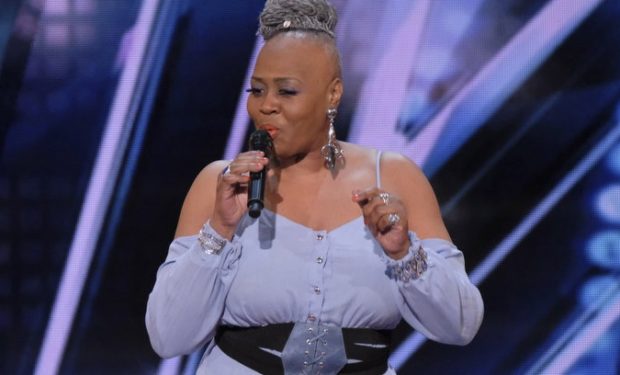 Remember 57-year-old singer Ms. Trysh from the America’s Got Talent Season 13 auditions? The Chicago native had her eyes and heart set on judge Simon Cowell when she performed the Gladys Knight & The Pips song “If I Were Your Woman.” (See song link below.) After receiving four yeses from the judges, Ms. Trysh (whose real name is Kathryn Granberry) will now perform in front of guest judge, country singer Martina McBride for her Judge Cuts performance on Tuesday, July 31.

[Listen to the original “If I Were Your Woman”]

The only thing missing from Ms. Trysh’s act on America’s Got Talent is an active presence on social media. She’s posted just two (blurry) photos on Instagram and her most recent post on Facebook was in January 2017. That last post featured her work at the Food Pantry where Ms. Trysh cooks every Wednesday. Or as she writes: “I ain’t no punk in the kitchen or on stage!” We want to hear more from you Ms. Trysh — whether it’s in the kitchen or on stage! America’s Got Talent airs Tuesdays at 8pm on NBC.