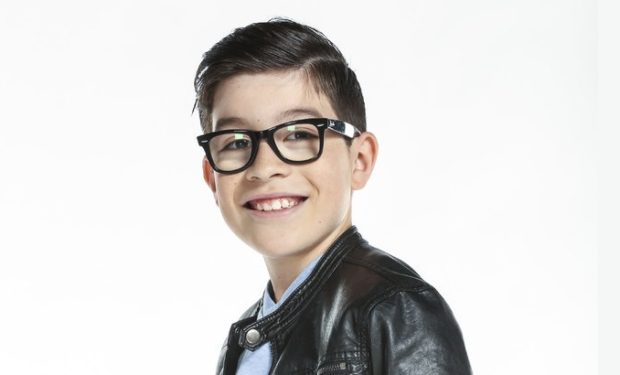 Country singer Martina McBride is the guest judge for the third round of Judge Cuts on America’s Got Talent, Season 13. McBride will get to see several singers perform including Jeffrey Li, Kazi, Ms. Trysh, Noah Guthrie, the band We Three, and Angel Garcia. Angel is the 12-year-old singer who wowed everyone when he sang (in Spanish) the classic Mexican love song “El Triste” (translated “The Sad One”).

One week prior to his Judge Cuts performance, Angel saw famous Mexican actress Kendra SantaCruz on the street walking her dog. SantaCruz is known for her roles on the popular telenovelas Bajo el mismo cielo (Greicy Cordero) and En Otra Piel (Camila Larrea), among others. Angel reacted to seeing Kendra by serenading her. Apparently it was her birthday! See sweet video and photo below. America’s Got Talent airs Tuesdays at 8pm on NBC.

With my beautiful friend and a famous actress @kendrasantacruz we love you Kendra ?