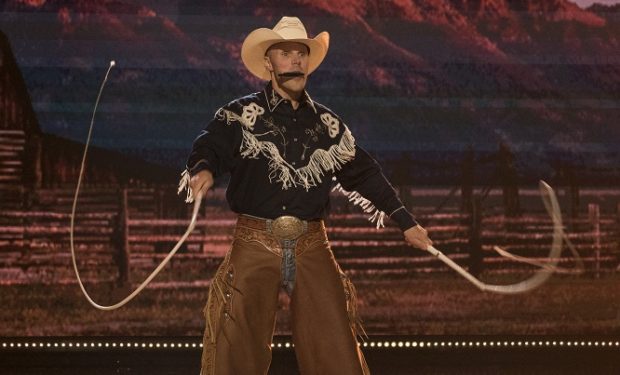 The Gong Show is home to people with unusual talents. It’s a place for amateurs and professionals alike to show off their skills, and Season 2 of The Gong Show is no exception. In front of Hollywood movie star Jason Sudeikis, country singer Brad Paisley, and reality TV show and former America’s Got Talent judge Sharon Osbourne, Adam “Crack” Winrich will perform. Winrich is a professional whipper. Yes, he cracks a whip for a living.

[Guinness World Records 2019 out this summer!

Winrich holds 25 Guinness World Records including “Most Candles Extinguished with a Whip in One Minute (102), and Loudest Whip Crack (148.7 decibels), among others. His most recent Guinness World Record is Most Jenga Blocks Removed by Whip in One Minute (seven). At one point during The Gong Show episode, Winrich (who also plays the harmonica) gets to share the stage with Brad Paisley. See photo below. The Gong Show airs Thursdays at 8pm on ABC. 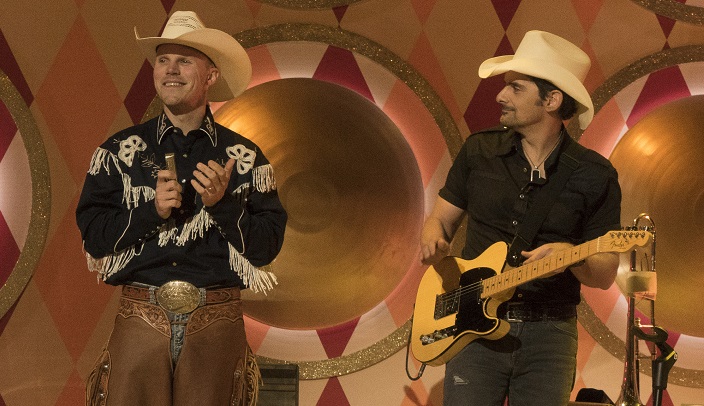