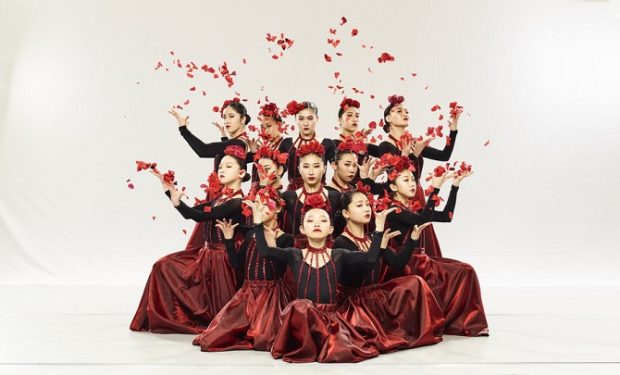 On the Season 2 qualifiers, World of Dance judges Jennifer Lopez, Derek Hough and Ne-Yo are wowed by the all-female dance troupe Fabulous Sisters from Tokyo, Japan. Ruu of Dance Studio Vivid is their choreographer. One day before they make their big debut on American TV, Ruu posted a video of the Fabulous Sisters dancing to Jennifer Lopez’s new hit Spanish single “El Anillo” which translates “The Ring.”

The translated lyrics of “El Anillo” include “when will I get the ring?” which has fans speculating that JLo is looking for a wedding ring from boyfriend, former New York Yankees baseball player Alex Rodriguez. JLo has said the song is more symbolic than that (she plays a queen in the music video below) and reminds people, “I didn’t write the song!” World of Dance airs Tuesdays at 10pm on NBC, right after America’s Got Talent.