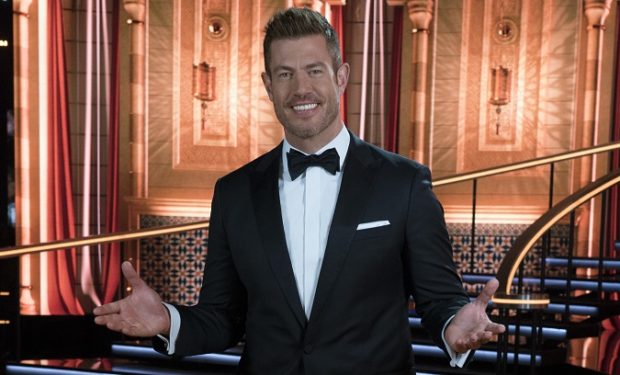 From the masterminds behind The Bachelor comes a new reality show about finding love with strangers. It’s called The Proposal because ten risk-taking women will try to convince mystery suitor Mike, a police officer in Bakersfield, California, to propose to one of them. He sits behind a screen so he can see the women, but they can’t see him. That’s right, he’ll make a romantic proposal in 60 minutes. And this is going to happen every week. The Proposal is hosted by Jesse Palmer. He describes The Proposal:“It is speed-dating, it’s The Bachelor on crack.”

Jesse Palmer is a Canadian-born former professional athlete and sports commentator. Before playing football in the NFL for the New York Giants and San Francisco 49ers, the 6’2”, 219 lbs. hunk played college football at the University of Florida. After football, he was cast as The Bachelor for Season 5 (2004). He gave Jessica Bowlin his final rose but they broke up a few months after the months. Palmer, who is now 39, is dating Brazilian model Emely Fardo. (See below). The Proposal airs Mondays at 10pm on ABC, right after The Bachelorette.